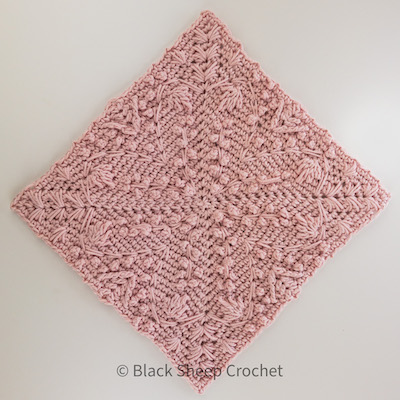 It was supposed to be a surprise, but too many people have asked about it, some patiently waiting, some desperate for news.
I hope it will inspire you to hear that I have set myself a deadline to release the complete Claire square in time for you to finish a ‘12-square-plus-Claire’ project before Christmas. It was my plan all along, but again, life including s*@! happens.

One of the reasons why I was reluctant to tell you about this is because a number of people have asked if all squares could be released at once in an ebook, which I think is a great – and clean – idea. Clean, because then you can have all documents together in one place, get them all at the same time, and just follow along with the next square when the respective video is released (if that is what you like to work with). The high achievers among you (those who are fluent in ‘Petranese’) could even finish quicker independently.

However, as you probably know, Claire herself is as big as four normal squares, plus there are eight more squares and the next border to be finished. To prepare the complete book with all the patterns including all photo tutorials and videos is just not possible at this stage.

Additionally, what you don’t know, is that I have gone in collaboration with an emerging designer who was inspired by my design to make her own in order to enlarge her blanket. I liked them so much, that I have asked if she would be willing to offer these designs as part of the WiJ CAL. More squares – win for the clan. Having her designs promoted – win for the designer. Being able to pack even more value into WiJ – win for me. So it is with joy, pride, and pleasure that I introduce to you a new WiJ contributor:
Veronika Gadulová from Tkanee. You will hear more from and about her shortly.

Regarding Claire: After looking at and working on her for months and weeks, I did not like the initial design anymore. Or to be more precise, I still like the design, it just does not feel like a “Claire”. For this and other reasons, I was totally unmotivated and often struggled to continue.
It took me a long time to finally make the decision that it would not do the project justice to continue with the design, trying to ‘fix’ what I was not happy with. And so it happened that I wiped everything out and started again from scratch, but with a better plan.

Fear not, I can assure you that you will like the new Claire better fitting to the WiJ squares than the ‘old’ one. You will see why when I release the old design later on under another name, but here is a quick preview of the assembled chart that shows you what I mean: 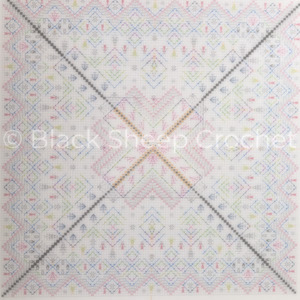 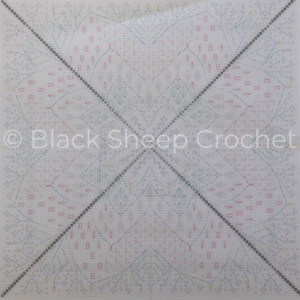 Now finally the good news:
During his time off, Thomas has put in some extra shifts and has worked tirelessly for days to get the charts ready, so that re-writing the pattern will be a breeze. Part 1 is done and the rest will be finished by the end of the week.

Here is a sneak peek of Claire Part 1:

Then it will be tested and I will start recording the new videos.
I won’t promise to have the photo tutorials and videos for all parts ready on the release day of part one, but you will get the written patterns for all parts before Christmas.

So how does the
15th of December 2020
sound for the release of the new Claire Part 1?

Due to some technical issues I already have again with the website and in order to avoid further problems, I will offer the pattern through Ravelry only in the beginning. It is my understanding that you don’t need to have an account in order to make purchases.

However, I will work on a solution to provide other purchase options as well. If you have any suggestions, they are more than welcome.