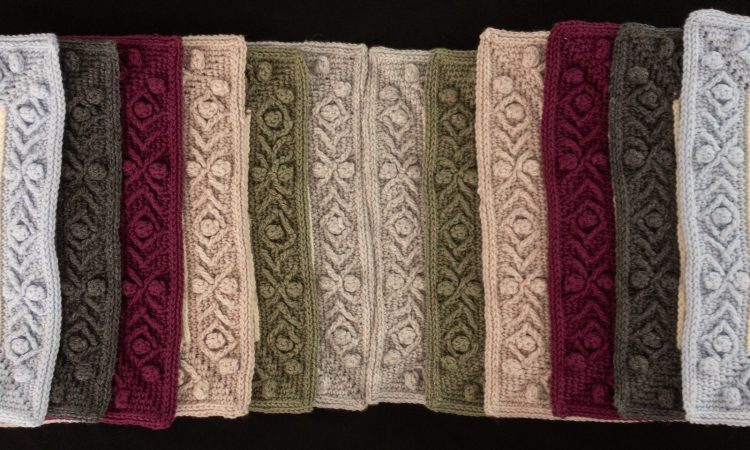 The border tells the story of a man who is separated from the woman he loves, a woman who loves two men and is forced to give one of them up and a love that is stronger than any boundaries of time.

When you look at the middle popcorn stitch surrounded by the diamond, you may be able to imagine a woman who is a stranger; in the wrong place and in the wrong time, making her an outlander; neither home here nor there.

You might then also be able to visualise the pull of the arrows to her left and her right, pointing in two possible directions: her unity with one of the two men she loves, giving up her life with the other.

Or maybe you can see two crosses as they are typical for Scotland, with their almost square shape and a round center, that enclose two people and separate them at the same time, where one believes that the other is or might be dead.

Alternatively you could look at the whole side of the border and see three people with strong personalities each taking up their own space in the universe, their faith somehow connected, each of them living a life that is influenced not only by their professional calling, but also their passionate love. 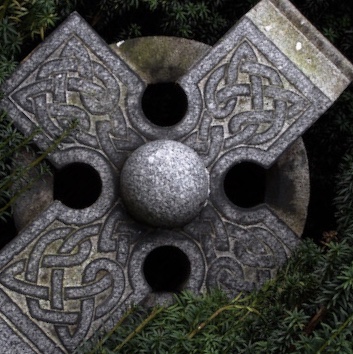 The link to the pattern, photo and video tutorials is live