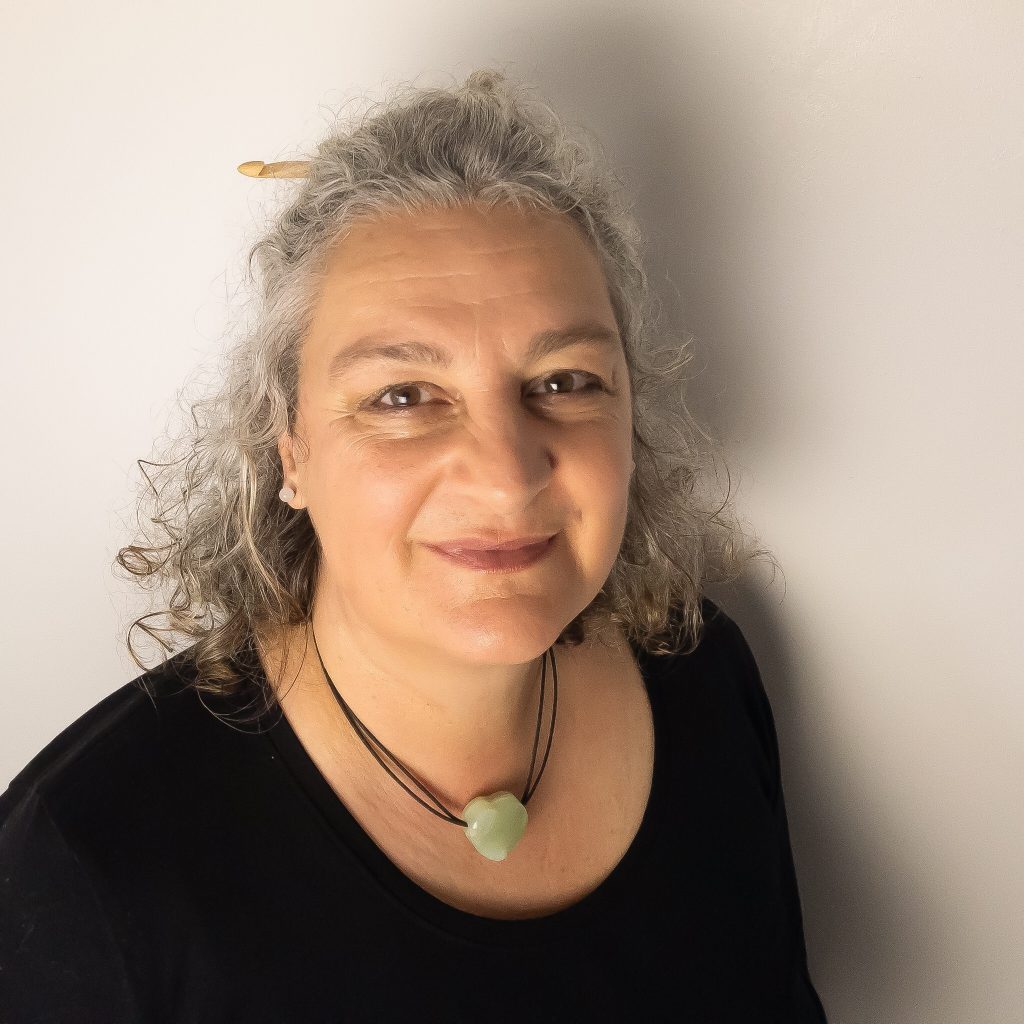 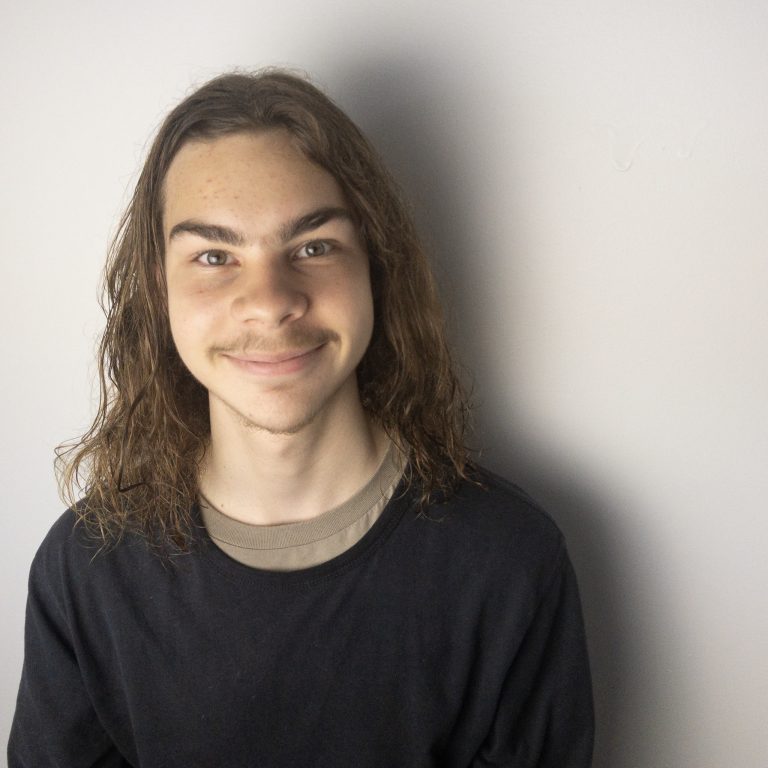 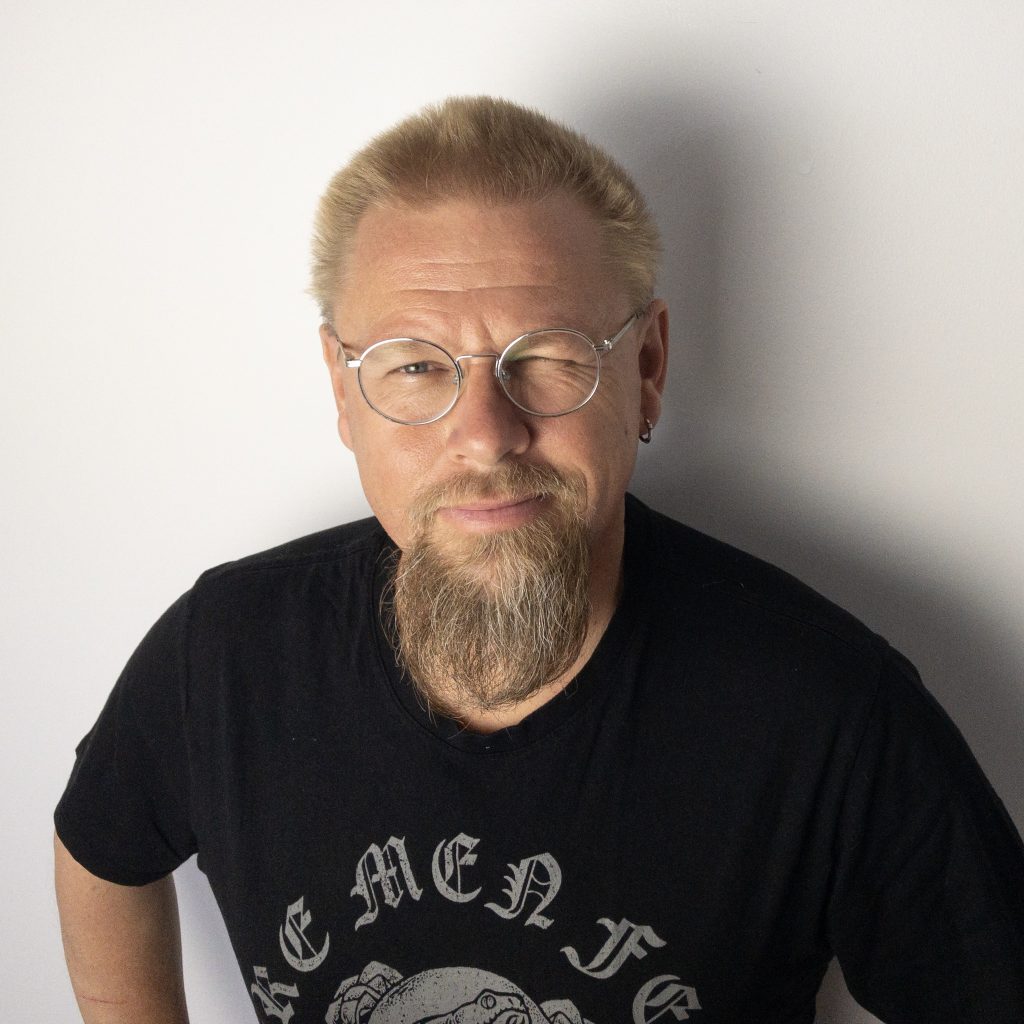 Well, I love, collect and create stories written in yarn to share them with you in form of crochet patterns

This young man inspires me daily with his creative mind and endless imagination. He is the creator of fantastical creatures a wizzard with pen, ink and watercolour and an artist/illustrator extraordinaire.

This is the man who gives you layout charts and anything that can be created with AutoCAD and who keeps me alive during the launch of a CAL. He also has a nice way to remind me that personal hygiene is essential – even during a launch… 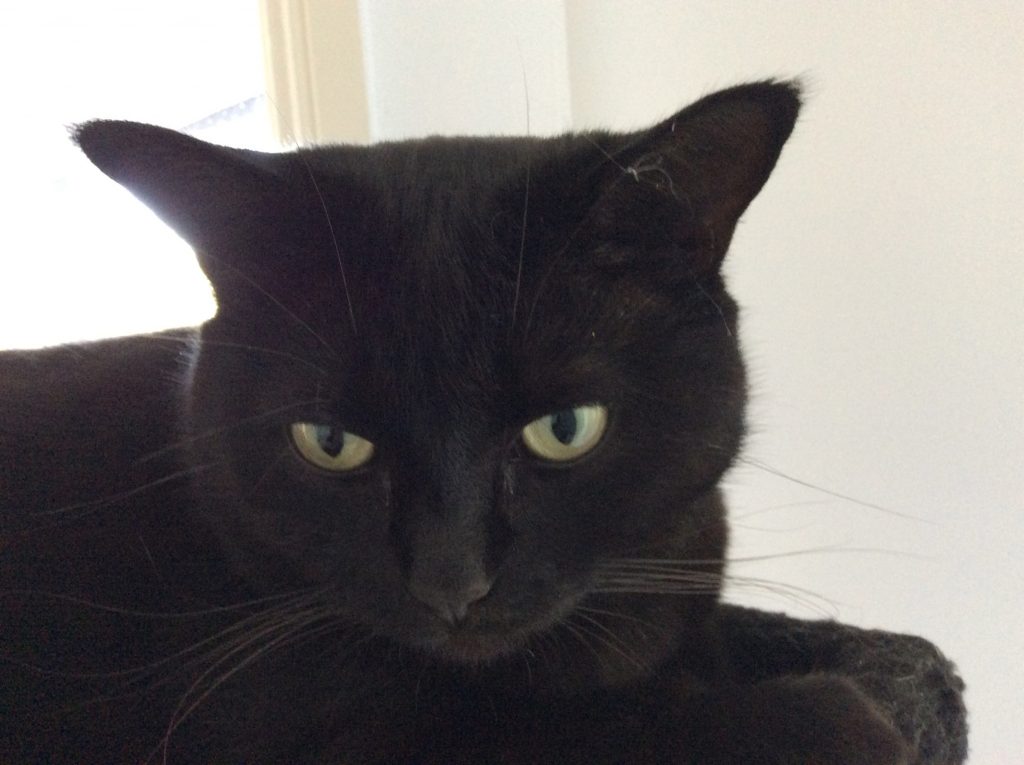 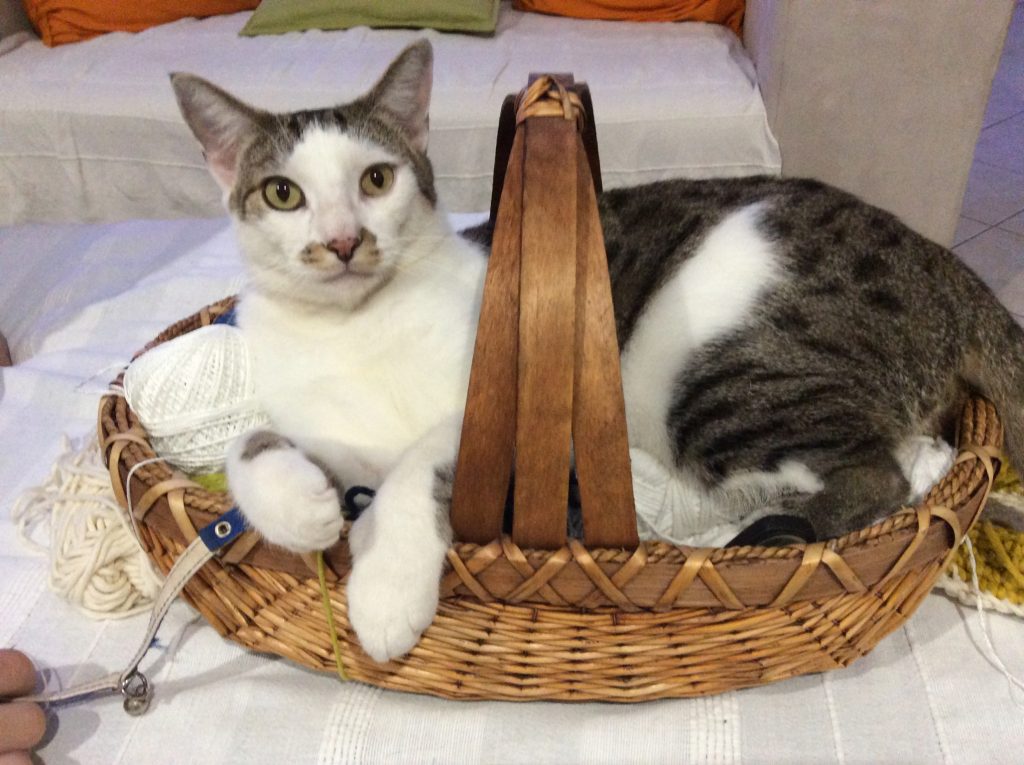 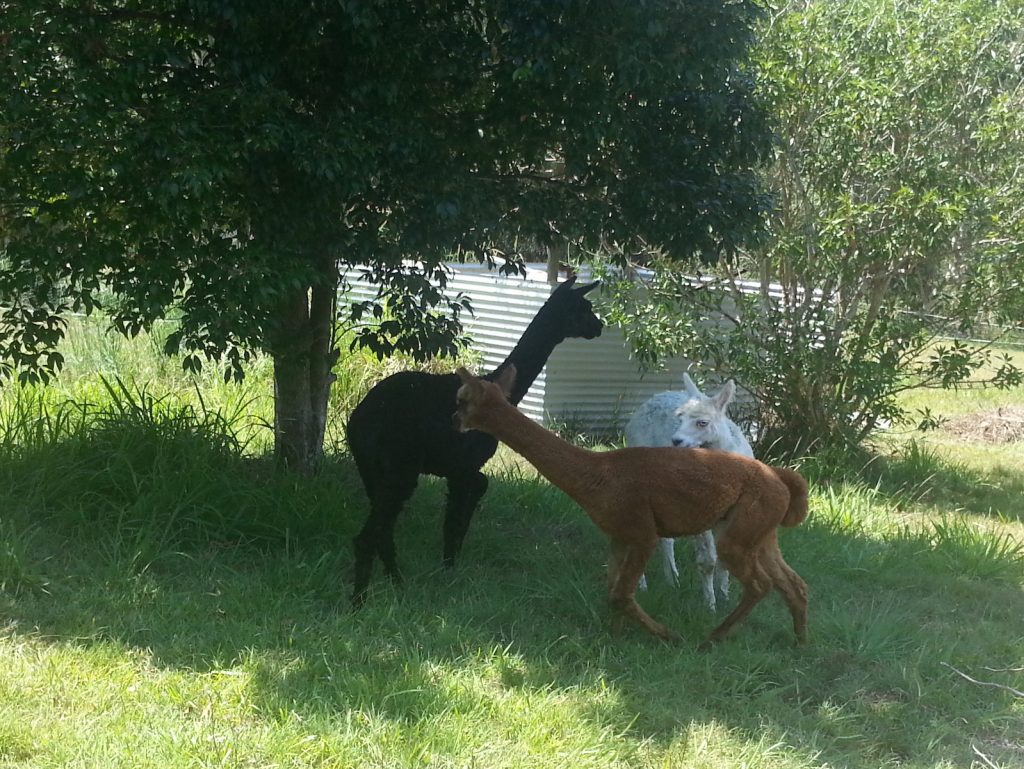 Black Sheep Crochet is more to me than just crochet.

I believe that everybody has a story and Black Sheep Crochet is the place where I honour the story of others and myself.

Since I was a kid, I always wanted to be a carpenter. When my second son was half a year old, I started to study architecture instead.

Meanwhile, growing up, my grandmother patiently explained to me over and over again how to knit socks. I could never get the concept of creating the heel and was in awe that she could just do it from the top of her head.

My mother was very crafty and spend a lot of her time with crocheting, making macrames and sewing for us kids. She made us new carneval costumes every year and once I won first price for the best costume. Mama created a lot of filet crochet items and I found quite a number of WIPs when I helped my father to clear out some items after her death. Working with the hooks she used and attempting to finish some of her projects will be my way of honouring her legacy.

I always considered it a special treat when I was allowed to help my father build things for us kids or work on the house, renovate or work in the garden after work or on the weekends. (Maybe the garden work wasn’t such a treat, but as long as there was woodwork, concrete or bricks involved, I was happy.)

After school I worked at PFAFF AG, a company that produced and sold sewing machines all over the world and I taught myself how to sew on my mother’s old, cast iron PFAFF sewing machine.

When I was at school, I also learned to crochet, knit, hand sew and do embroidery. My sewing stitches were not the neatest and I always needed help to crochet into the foundation chain row.

I did a lot of knitting while I was at high-school – literally, in the classroom during German, English and other lessons, making a number of garments for myself. Later I made clothes for my first three boys, but stopped when I started studying architecture.

It wasn’t until we had immigrated to Australia and a friend asked me if I could show her how to crochet that I had a hook in my hand again. It took me two weeks to find my first Spotlight store and create my first stash of yarn.

When I found Marinke’s (Wink’s) blog, I made mandala after mandala and found the “Block A Week” CAL, of which I liked some squares more and others less. My crochet skills where all right, but I had never followed a pattern with different stitches before. (It was all just simple knitting or crochet for sweaters or cardigans, but no embellishments, let alone texture).

Dedri Uys’ Sophie’s Universe CAL changed my life. Not only did I start to frequently visit Lincraft and Spotlight (some major craft stores in Australia, probably comparable to Michael’s in the US (?)) and build an impressive stash of yarn, I also learned a completely new repertoire of stitches and how they could be put together in a way that was both artful and unique. I was hooked in every sense of the word.

With Polly Plum’s Stardust Melody CAL I found my favourite way of creating squares for a blanket, which sparked my creative side and turned on the engineer in me. The blanket I created from her squares earned me first prize at a local country show and inspired me to make my own squares based on Polly’s design principles.

Lilla Bjoern’s Joana’s Mandala was the first pattern I ever bought, with many more of her design to follow. Her mosaic designs are my favourites and I adore her overlay crochet.

A friend who is involved in the Waldorf /Steiner community noticed my crochet work and motivated me to offer workshops to teach people how to crochet. She also encouraged me to offer my dress-up designs for the little Peg Dolls at the Steiner school fairs and in their shop, where a mum saw them and asked me to collaborate with her. I have been designing  and making little Peg Doll hats, cloaks, shawls, scarves, clothes and accessories since then.

The idea for the Wrapped In Jamie CAL was a natural progression of looking for the next level in crochet while listening to my favourite novels: Outlander by Diana Gabaldon. I was wondering what it would look like if the story was translated into a pattern and the idea for the first square pattern I ever designed was born. I created one square after the other, with random motifs at first, but then worked methodically with the timeline of the story from his birth until Jamie meets Claire.

The rest, as they say, is history.