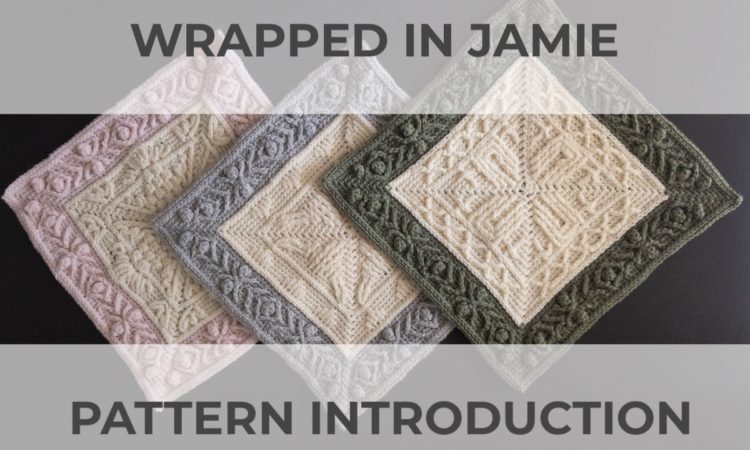 Squares 1 – 6 are currently updated from ‘OLD’ to ‘NEW’ Petranese. If you are not yet familiar with the new system or ‘Petranese’ in general, you can download your free copy of the Outlanding Stitch Compendium with explanations, instructions and photo tutorials for some special stitches here:

Wrapped in Jamie squares are designed in overlay crochet technique, which requires an understanding of basic crochet terminology and stitches. Most overlay crochet patterns are therefore by default classified as intermediate or even advanced.

The Outlanding Stitch Compendium, however, has been created with an adventurous beginner in mind. It contains explanations for every aspect that is relevant in order to comprehend the patterns. (see above for download or website options)

Gauge is not important for these squares, but using the same yarn and tension for all squares and potentially the square border, big Claire square and triangles is. I recommend to make a small square swatches in your favourite yarn with different hooks to find the tension and drape you prefer. It may be a good idea to make a note of your final choice to keep with your project.

Here are some statistics for yarn I used to make the squares:

(available as part of a yarn kit from Wool Warehouse)

include enough yarn to make either
Please note that there are several ways to arrange a blanket from these 12 squares, for example
The possibilities of how you want to arrange the squares in the end are endless and you can be as orderly or as rebellious as it suits your personalities.
If you follow the table below, you can be sure to have enough yarn to finish all squares from the kits. 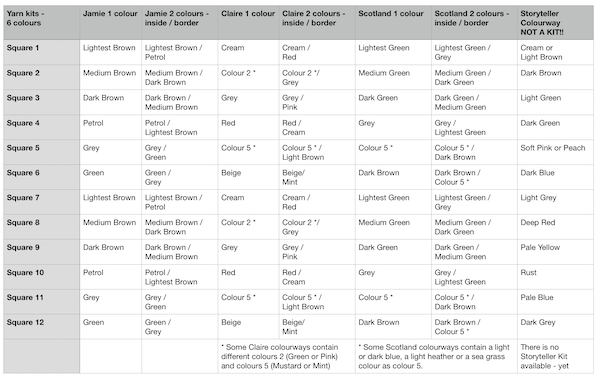 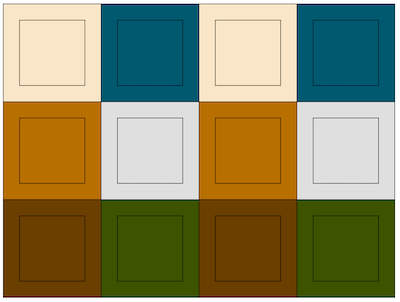 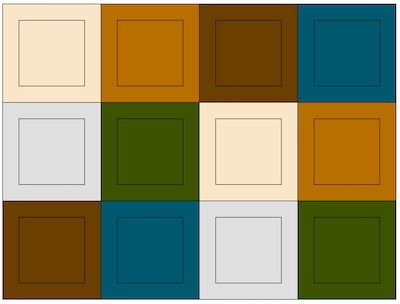 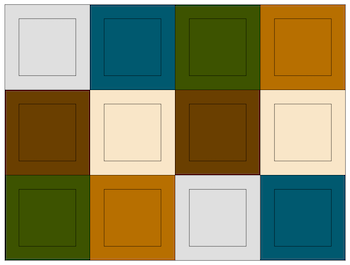 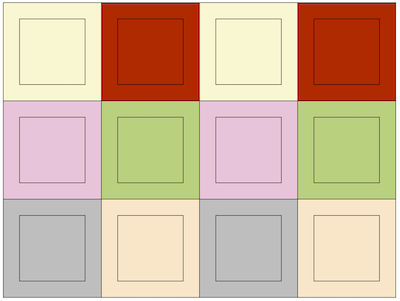 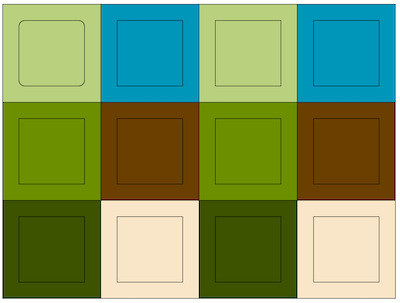 In one word: Hilarious.

– I live in Australia, where we speak and write in British English (hence the UK ‘colour’ or ‘favourite’ instead of the US ‘color’ or ‘favorite’ and the like).

– My mother language is German (hence the Germanism including funny phrases, grammar and spelling mistakes)

– I could not find a way of easily describing stitch placements for overlay crochet special stitches, so I ‘invented’ a system. One of my facebook group members called it ‘Petranese‘.

You can find all video tutorials for this and other released squares in my YouTube Channel for Black Sheep Crochet, where you can also subscribe for automatic notification when new videos are uploaded.

All videos are also in Germanised British English US crochet terms Petranese.

NO VIDEO TUTORIAL MAY BE CREATED FROM THIS PATTERN – IN ANY LANGUAGE – WITHOUT THE DESIGNER’S WRITTEN PERMISSION!

Direct links to right- and left-handed video tutorials (for the new patterns) are / will be listed below.

Videos are /will be embedded on each respective pattern page.

There is no obligation to download the PDF version of the patterns. If you are a bit tech savvy or know someone who is, you can make a PDF from the pattern website.

However, if you like the patterns and want to support my design work or appreciate the patterns without ads to take along with you, there is an option to purchase the ad-free PDF version for each pattern for a small contribution through the shop.

PDF purchases include the following bonuses:

Direct links to the patterns are listed below.

The patterns are currently only available in “Germanised British English US crochet terms Petranese”.

There are plans to have the patterns translated into different languages once all WIJ patterns for the squares, square border, Claire, triangles and outer borders have been released.

NONE OF THE PATTERNS MUST NOT BE TRANSLATED INTO ANOTHER LANGUAGE (EXCEPT FOR YOUR OWN PERSONAL USE) WITHOUT THE DESIGNER’S WRITTEN PERMISSION!

You will also need