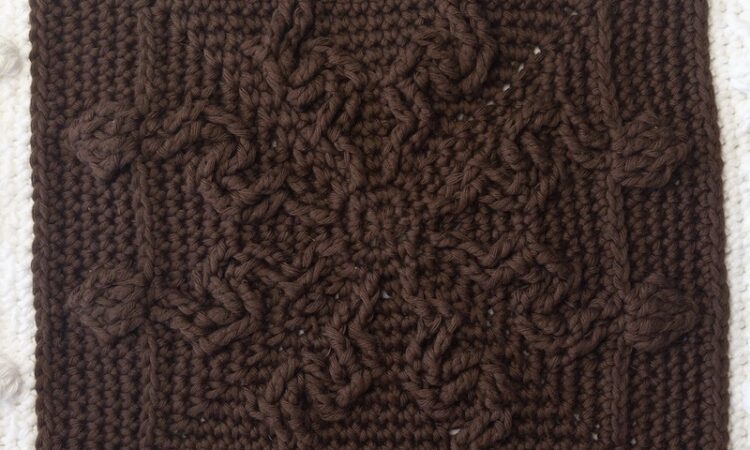 In 1727, Jamie’s brother Willie dies of the smallpox. Jaime is devastated about the death of his older brother, who was supposed to inherit Lallybroch, being the oldest son.

When Jaime was young, Willie whittled a little snake for his young brother, whom he always called “Sawny”, the Scottish nickname for Alexander. The name is engraved on the back of the cherrywood snake, which Jamie carries around with him all the time.

It is through this snake that he finds Fergus/Claudel, whom he later adopts as his own son.

Even though I do not cope well with snakes, I do appreciate their beauty and am grateful for the role they play in our eco systems.

I’m not sure which snake inspired Willie for his design, but tried to bring it across as authentic as possible.

It was a bit tricky to get the curving right without too much fuss. Though the pattern is not difficult, you will have to concentrate to get the stitches in the right places. As a result, you will get a very sophisticated square.

I chose a dark brown for the inside of this square to match the dark cherrywood the whittled snake is made from.

Free pattern page with photo and video tutorial can be found here: