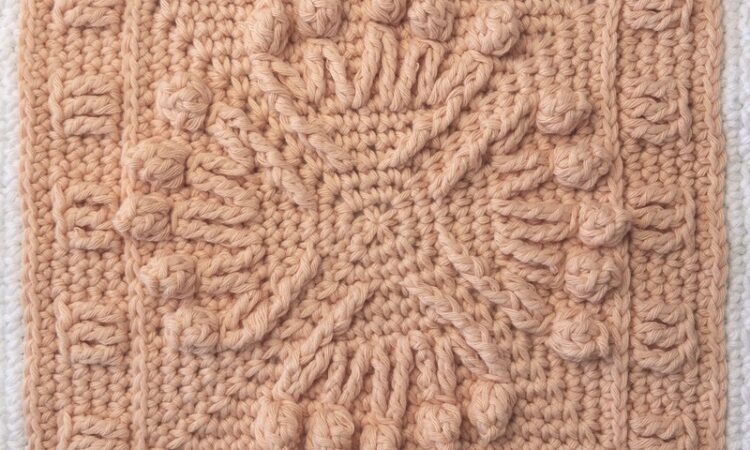 As a matter of receiving an education away from home, Jamie spends a few months fostering with his uncle Dougal MacKenzie’s family. Besides further sword training with his also left-handed uncle, he learns to play chess.

When his slightly older cousin Tibby grants him the pleasure of a first kiss and Dougal finds out, Jamie is being lectured about manners and hospitality in an unforgettable (and from an outsider’s point of view – hilarious) way. Soon after this experience, Jamie returns home to Lallybroch.

The challenge with this square was to make a clear reference to the incident with the kiss (as it was Jamie’s first and therefore a memorable one) but also to the additional education he received from his uncle Dougal.

The relationship between Jamie and Dougal is very complicated and while there is a lot of love between them, Jamie is also a threat to Dougal due to his status as Ellen MacKenzie’s son. His time at Dougal’s place is the first occasion where it becomes clear that they both have to learn to anticipate each others’ moves, just like someone would in a game of chess.

With the Queen being the most important chess piece, I chose the crown to represent the relationship between uncle and nephew (like two chess players), father and daughter (Dougal and his daughter Tibby, whom he protects from all unwelcome attention) and between the two cousins (Tibby, who plays Queen of hearts with Jamie).

As a representative colour ion the Storyteller colourway blanket I chose a soft pink – for a love that is not really love yet, for the power of a female influence on a man’s life and for the state of a seemingly innocent girl slowly turning into a (potentially) passionate woman.

The free pattern page  with photo and video tutorial can be found here: